'The Tempest', by William Shakespeare, the classic of the UPF-BSM to learn from 2020 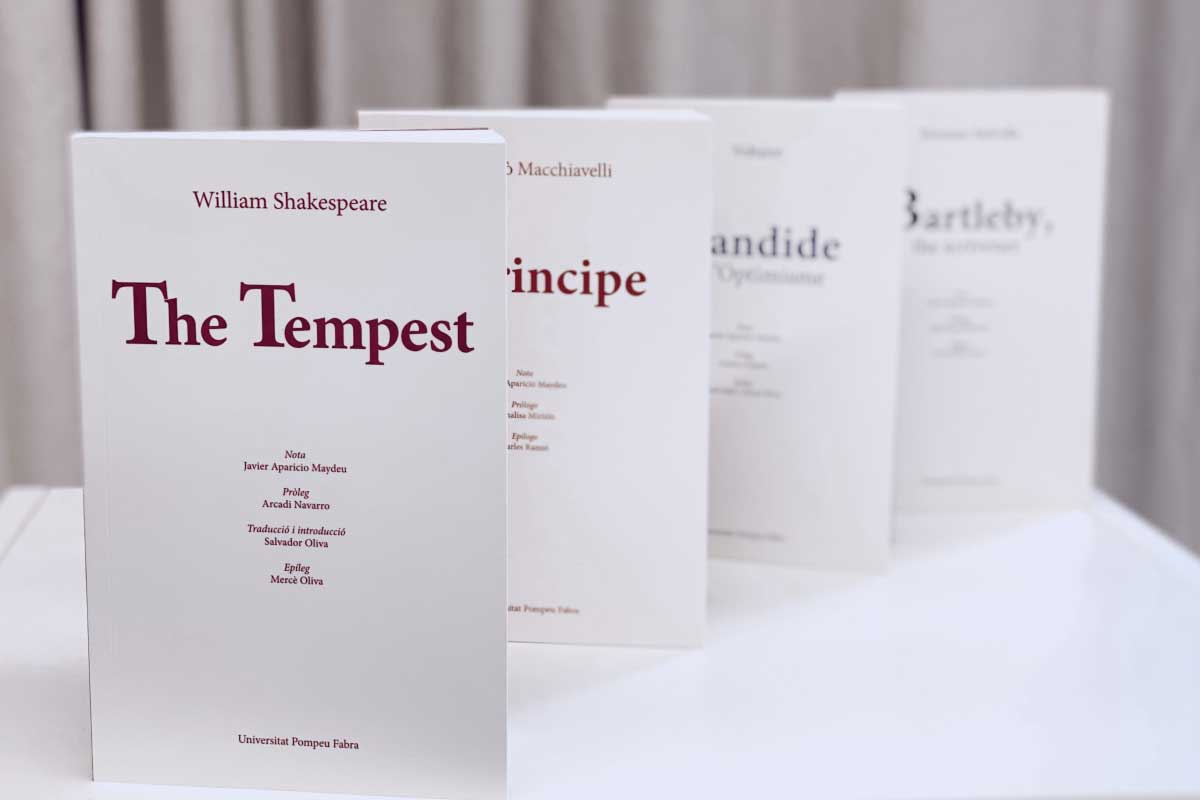 The UPF Barcelona School of Management publishes a new classic of universal literature for the fourth consecutive year. The Tempest, by William Shakespeare, is the chosen play by the Cultural Program to learn from this jumpy 2020 with Prospero, king of Naples, and his daughter Miranda.

For the first time, the book features the publishing signature by Vicens Vives and will be distributed both to the UPF-BSM community and Universitat Pompeu Fabra. In addition, the publication includes a note by Javier Aparicio, Culture Delegate and University full professor of Spanish Literature in the UPF, as well as Director of the Master in Publishing at the UPF-BSM; a prologue written by Arcadi Navarro, University full professor of Genetics at the UPF and ICREA Investigation Professor; and an epilogue by Mercè Oliva, Professor in the Department of Communication at UPF.

Shakespeare is one of the most brilliant writers of all time, an undeniable classic. His dramas attract us the same way they did it with spectators more than four centuries from now

This school year, the UPF Barcelona School of Management provide us –as it did with Bartleby, the scrivener by Melville, Candide ou l'Optimisme by Voltaire and Il Principe by Machiavelli– The Tempest by Shakespeare in a bilingual edition with translation from English to Catalan by Salvador Oliva. From Monday 14 both student body, Core Faculty and staff, will find their copy on their tables.

A tragicomedy full of magic

The Tempest is a tragicomedy that narrates the rivalry among members of the same family once the magic king Prospero is betrayed by his brother and exiled to an island with his daughter. The last of Shakespeare's plays is a labyrinth of appearances, arts and knowledge.

No one doubts that William Shakespeare (1564-1616) is one of the most brilliants writers of all time, an undeniable classic. His dramas attract us the same way they did it with both illiterate and learned spectators more than four centuries from now. The Tempest tackles issues as redemption through work, the artificiality of human nature and the difficulties inherent in the search for freedom that helps us to understand the present reality.

The UPF-BSM with the culture

The UPF Barcelona School of Management bet on including culture to education and for that reason in 2017 set an ambitious literary project in motion which invite the University community to learn about the classics.

On this first term of the year, you have been able to enjoy from a few actions as the World Press Photo guided visit or the two debates organized on 2020 Biennal de Pensament: Catàstrofes i Ciència and Bacanals de coneixement, about the influence of the Bauhaus School on the modern education. This was related to the Bauhaus, the melting pot of modernity exhibition, currently available at the Campus Mar of the UPF.

Moreover, in the blog Micromégas you will also find more materials, as well as a cultural, philosophy and reflexion space.